It’s hard to think of a pair of countries that have had more of a storied past than England and France. From enemies to rivals to brothers in arms and everything in between, it’s remarkable to think the two countries didn’t either join as one or annihilate the other at some point in their history. It’s amazing to think the one thing that contributed more to their relationship as permanent competitors on the world stage than any other is a relatively tiny strip of water. 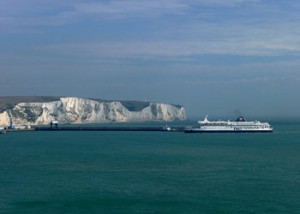 In this age of air travel, it’s easy to assume flying is the fastest option to get between countries separated by water but this is not always the case for England and France. Hopping on a ferry from the port of Dover in England for Calais in France makes a journey between the two nations not only possible but easy and a great way to learn more about each country in a way that can’t be done by plane.

Here’s why you should take a ferry between England and France:

As far as points between countries separated by water goes, you’ll be hard pressed to find one closer than Dover to Calais. This means you can explore your surroundings in England and end up on the East coast without having to do much backtracking. In addition, because the two points are so close to each other, you can travel from England to France in the morning and have the rest of the day to explore the French coast, all without losing too much time to travel!

There is a temptation among first time travellers, or those unfamiliar with geography, to route everything through the major urban centres, particularly if they opt for airport travel. The truth is if you want to get from England to France, you can avoid London and Paris entirely by taking a ferry, which is a great option if you want a more low key, rural type of holiday. 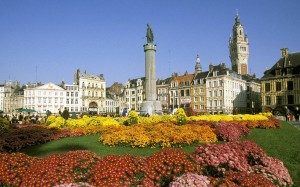 Cities are great but it’s the quirky little beach towns or bumps in the road that you seem to almost discover on your own that make your trip different than every other one. Many of us grow up in these types of places but never consider seeing their equivalents when overseas, and for that we should hang our heads in shame as they are just as important to the national identity and culture of a country as the capitals are. Of course this type of travel is really only done by driving, so be sure to rent a car or bring your own if you can!

Better Appreciation for the History of the Two Nations

England and France, as was mentioned earlier, have a very special relationship due to their close proximity. It’s hard to understand this in a real and natural way without actually visiting the seaside towns that are almost a stones throw apart from each other – history books and travel guides won’t do it justice. Until the advent of the airplane and even the major port cities, these seaside towns were the links between the two countries and as one can expect, it’s easy to see one had an influence on the other even to this day.

Modern Cruise Ships: The Journey is the Destination