Every summer Europe opens it proverbial doors to legions of tourists. Basically, all of these people are going to face the most expensive travel rates in Europe’s peak season. This blog is going to explain a few reasons why taking a trip to Europe during the winter can have its charms too. With so many wonderful winter sports available, a cozy atmosphere inside the indoor attractions and great winter festivals there is plenty of reason to head for Europe as Jack Frost is nipping. 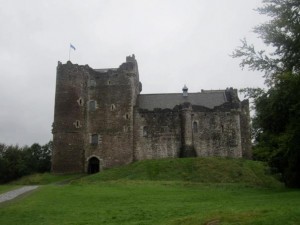 I remember traveling through Venice in the summer once and every inch there were annoying British and American families everywhere! Each of the attractions around Italy that summer was adorned with a massive queue. The pick pockets and petty criminals were out in full force and the hospitality workers had long since had their good cheer wear off. You travel in winter and there will be an elite little force of other travelers in the hostels, that’s all. You’ll see the European cities without the artificial shine of the tourist season… basically you will see them as they really are.

During the summer in places like Sicily, Southern France, Spain, and Greece the thermometers soars into the uncomfortable range. If you go to these nations in the winter it’s actually rather pleasant around 15 – 17 degrees Celsius. So not only will you look at the sights of these cities without huge line ups but not melt while you are doing it.

If you find yourself up in the further Northern Latitudes you can end up enjoying the magnificent Northern lights. Truly a marvelous wonder these natural occurring lights can be best seen in Scotland and the Scandinavian countries during the long, dark evenings.

Europe has a wealth of indoor attractions with so many art galleries, castles, and museums to visit. The colder winter months gives you more impetus to go see these things. Not to mention that in many European cities more theatre and musical performances are put on during the winter. If all else fails, Europeans swarm to the restaurants and cozy pubs in the winter to chase away the cold with a warm meal and a cold drink.

Stay in an Ice Hotel

Every winter in Sweden an entire hotel is erected from ice. Every detail of the hotel is painstakingly erected from frozen blocks right down to the ice cubes you will be throwing in your drinks.