The land down under generally is of good cheer. Why wouldn’t it be? With sunshine galore, people wearing shorts a good portion of the year, and great beaches flanking nearly every city – it’s enough to make anyone jolly. Australians are also famous for having a laid back attitude towards life in general and happy to take it as it comes. Renowned travellers, Australians have met a lot of different types of people and seen a lot. Still though there are ways to make an Australian angry, by breaching aspects of their laid back social norms.

Gloating and being an arrogant winner

Despite the fact that Australians like to rib each other a lot as they play sports they expect that if you do win it will be graciously. Success in Australia, like everywhere else, is admired – especially if you are a great sportsman – but it is expected that you will take your victories with a grain of salt. The Aussies love an underdog that comes from rags to riches and tends to go against an arrogant type who acts as if they knew they would win all along. Basking in your triumphs in front of Australians is the quickest way to piss them off and turn them against you as they identify you as a pretentious wanker. 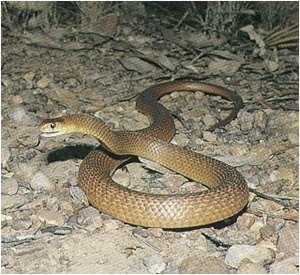 Freaking out over Insects, Spiders and other things that will kill you…

Australia is chalk full of different indigenous animals and fauna that very well could kill you. The reality is that this ancient land of Australia was probably never suppose to be inhabited by humans as it is always trying to find ways to expel you from it… perhaps in a casket. All the same, no one likes to hear about talk of death, Australians included, so don`t keep on talking about the spiders, snakes, and sharks it will annoy the Aussies you are around.

Bumbling around with smart phone

Perhaps more than other places Australians have less tolerance to suffer a person walking around while texting or watching a video on the smart phone. Australians in general are fairly extroverted and will have little difficulty expressing their disdain for being blocked by a person using a smart phone in a way they think is stupid. This one act will piss them off to tears and especially in any bigger city should really be avoided.

What makes an Aussie Angry