Living in hostels during a trip can be a great way to save on money and meet loads of interesting international people. With that said though, there are a few conditions that prevail in a hostel starting simply with the essential golden role, do on to others as you would have done to you. Below is a list of a few ways to made sure that you are not universally reviled by your hostel roommates. So… the wise thing is to read this list, memorize it, and never do any of these things in a hostel. 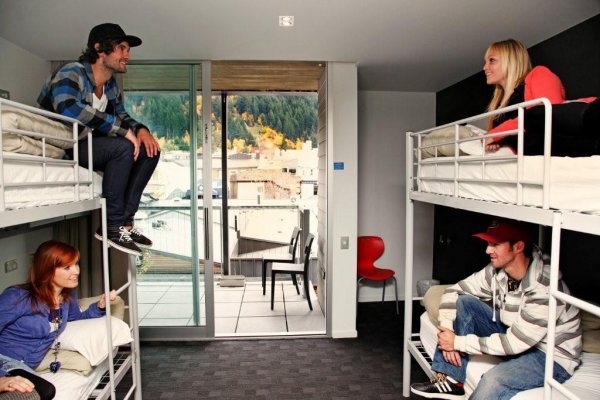 Sex in the Room

Turning on the Lights

So you come staggering back to the room after an all night long party and despite the fact it’s 4 am and there are 8 other people in there, blam you flip on the light. Unless your fellow hostel roommates are in grizzly bear hibernations they are all going to wake up from this and say something like – “turn the F*(king light out you idiot!” Scared you can’t make it to your bed in the dark while drunk?… well there is a middle ground between pitch black and the light on. Just put the garbage can by the door so it holds the open just a crack and there is a just a little bit of light peeking into the room.

Use a little fore sight when staying in a room with a variety of strangers and don’t pack your bags loudly at 3:35 AM so you can make your 5 AM train. The smart play is to know you have to leave super early and do your packing the night before, preferably before you go out for your last night out… which invariably will run longer than you think it will.

Even if you have a late night hunger pain or you just don’t feel like going to the grocery store resist the urge to steal anyone else’s food in the hostel. Chances are you don’t want to go to the store because you don’t have that much money. Perhaps, the persons whose bread and jam you are stealing doesn’t have that much either. Go buy you own. This rule trickles down into the notion of never stealing from other backpackers in any way. Travelers, as a rule, are poor that is why they live in rooms with 20 other people and eat sandwiches stuffed just with crisps. Not because they like it…

Getting Lost in Amsterdam

See the Arts the Locals see in Edinburgh