Walt Disney started something magical with his theme parks that I doubt he even knew the extent to which it would change the way we travel. The sense of adventure, entertainment and bonds formed between children and adults while visiting these parks are unparalleled – there may be imitators but in the end, there really is no place like the Disney Parks.

For anyone who has never been to one and are maybe heading to a place like California and considering getting Disneyland tickets, you are in for a real treat. The Disney Parks bring the famous properties of the famed entertainment company to life, from Mickey Mouse to Winnie the Poo and Pirates of the Caribbean. Different than straight amusement parks with roller coasters and carnival games, the Disney Parks focus on an immersive, quality experience that just makes you feel good all over.

Take a look below at some of the many Disney Parks around the world and consider adding them to your travel itinerary or make them an entire trip on their own. It will be an experience you’ll never forget. 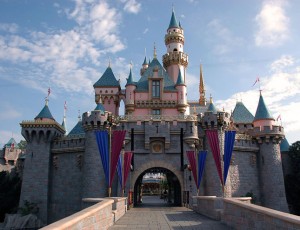 It was here that Walt Disney started the modern theme park venture that would transform the industry and take the world by storm. Located in the city of Anaheim, spending some time at Disneyland fits well into many itineraries for anyone vacationing in California and looking for a break from the beach. If you’re looking for a sensational holiday and Disney tickets, California is a great place to feel like a kid again.

While California is the original, it is somewhat constrained by the urban sprawl where it resides, preventing expansion – not so in the Florida swamp. Bought for a song, the land on which Walt Disney World resides was hardly suited to the massive theme park it now is home to but it has turned a sleepy little town called Orlando into one of the most visited destinations in the world. With many different theme parks to choose from in addition to the four main Disney theme parks (plus water parks, shopping centres, golf courses, etc), you really haven’t lived until you’ve been to Orlando.

If you are doing the Europ-trip thing and looking for a break from the backpacking and just want to have some simple fun, consider visiting Euro Disney. Located in France and having it’s own spin on many classic Disney properties, Euro Disney can be a welcome contrast to the history and sightseeing of a typical European vacation.

Disney has long been popular with the Japanese and one visit to Tokyo Disney will show you just how much they love the House of Mouse. While it actually is located in Chiba (about 1.5 hours by train from Tokyo), Tokyo Disney puts that crazy Tokyo-spin on the Disney attractions, with many things in English and some in Japanese. Definitely worth checking out is the unique Disney park of Disney Sea, which is set up as various ‘ports’ of different cultures, each with their own architecture and entertainment.

Europe Will Always Blow Your Mind

Escorted Holidays - Much More of an Adventure