A few decades ago, Berlin was the unlikeliest of cities to be considered on the world’s stage because of it’s status as a divided city in the midst of the Cold War. Thankfully, since the reunification of East and West Germany and the collapse of the Berlin Wall, Berlin is once again whole and right at the top of most travellers’ must see lists.

There is no shortage of things to do and see in Berlin and the perfect place to start is right in the middle of it all – Mitte. You can take in all the city has to offer by situating yourself right in Mitte by securing a fabulous apartment with Oh-Berlin.com. From here you are close to all the attractions and the pulse of the city where you can travel like a tourist but live like a local! 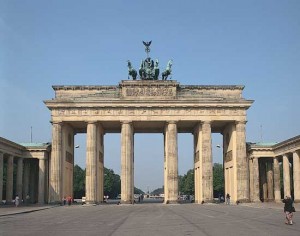 Mitte is the historic heart of Berlin and as such, is next to many of the landmarks and famous sights you want to see. Top of the list is the Brandenburg Gate, which happens to be the only city gate that remains in Berlin and is recognizable around the world. It’s amazing how lighting affects a structure such as the gate, making seeing it during the day very different than once the sun goes down.

Just as is true in many European cities, Berlin is home to a number of famous and stunning churches. Chief among them is Marienkirche and Nikolaikirche: the second oldest and the oldest churches respectively in the city (although the latter is nearly half a millennia older!). Marvel at their architecture and attention to detail, particularly as they still stand to this day despite Berlin’s history of destruction and conflict over the centuries.

As is common in many countries, the government buildings in Berlin are worth checking out because of their unique shape and significance. The Reichstag was built to symbolize German reunification and has been a symbol of that unity, as well as art, ever since. Visiting the Reichstag is free but you need to register online in advance if it’s on your list of things to do. 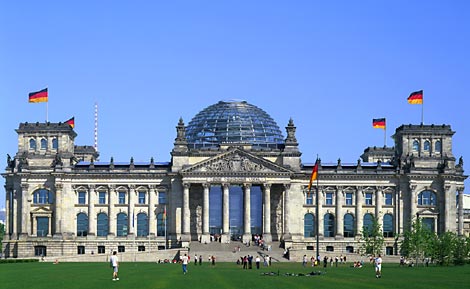 While the Berlin Wall may be gone remnants of it remain at various points in the city – particularly in Mitte where you can explore the Berlin Wall Memorial for free. This wall that once divided the city into East Berlin and West Berlin now serves as a reminder of what once was and what hopefully never will be again.

Of course one of the best things to do in Mitte is to simply wander around and explore it at your own pace, discovering your own favourite parts and making the city your own. It’s a luxury you have if you plan a longer stay in Berlin, visiting the markets, enjoying open air activities and entertainment in one of the most incredible cities in the world. There is more to Germany than just Berlin, but I think you’ll agree after visiting it, it’s an amazing place to start!

What to Pack and Relationships on the Road