From the southernmost tip of the Iberian Peninsula to the Urals in Russia, Europe is packed with great places to go for a walk. In any one of the 50 countries on the continent, you’re sure to find somewhere that provides you with a challenge when going for a stroll, whether it’s the distance of a certain route or the terrain which can take your feet by surprise. 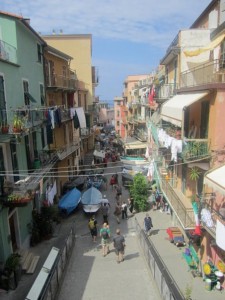 Regardless of how a walking route is mapped out, as long as there are some great views from start to finish, that’s all that matters, isn’t it? Once you’ve finished your walk, your first instinct would be to rest, but dining out while resting your feet could be even better, especially if you’re not feeling too energetic. In many European countries, walking and dining are a great combination.

Whether strolling round a capital city or traversing through a mountain range or national park, it’s worth sampling the local food afterwards, although a survey of British holidaymakers revealed that as many as a third refused to try the cuisine of the country they were staying in. If this applies to you, here are three countries where you could have a stroll and break the habit of a lifetime:

Despite being a largely low-lying nation, the Netherlands is a nice place for a leisurely walk, especially in Amsterdam, where by foot; you can walk alongside the canals, to the various cafes and to the world-famous Rijksmuseum. Art galleries celebrating the work of legendary Dutch artists including Piet Mondrian and Vincent van Gogh are dotted around the city too.

As for the food, when visiting a café to take a few minutes’ break, you could do far worse than order a stroopwaffel with your coffee. This waffle biscuit has a dense layer of cinnamon-flavoured caramel in between two crisp waffles, showing how good the Dutch are at making desserts. Dutch lager is pretty good too, but only on an evening!

Austria is just as appreciative of the arts as the Netherlands, particularly classical music. Many of the great composers including Mozart were born and raised in Austria, their works still being performed in concert halls in Vienna and Salzburg today. Austria is ideal for walking, given that the Alps dominate the Western part of the country.  While the beauty of the Salzkammergut dubbed Austria’s “Lake District” is perfect for a walking break.

The local cuisine is inspired in part by its northern neighbour Germany and parts of Eastern Europe – goulash, a spicy meat and vegetable stew, has its own unique twist here. However, one dish that came straight out of Austria was Wiener schnitzel, a breaded meat escalope that works really well alongside sauerkraut, boiled potatoes and a leafy salad. 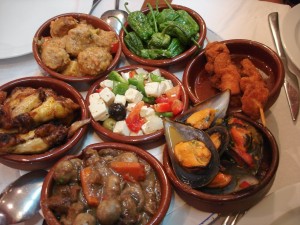 Although not necessarily famous for being a walking destination, ambling along the coasts of Catalonia and Andalucía is a lot of fun during the summer. Further inland, Spain is great for anyone who has a passion for sport – football, tennis, golf and bullfighting are among the most popular, especially in the major cities like Barcelona, Valencia, Madrid and Seville.

Spanish cuisine is something which is best sampled where it came from. Each region has its own specialties, but one dish which is universally popular in the country is paella – a rice-based concoction which includes meat, vegetables and shellfish. Tapas are popular too, as they’re small and several portions can be eaten over the course of an evening.

Top 10 things to do in Las Vegas on a Budget