San Diego is one of the secret gems of California and even the entire United States for that matter. With fantastic weather and plenty of sunshine year round, visitors to San Diego enjoy its beaches, parks and of course the world famous Sea World. Interested in coming to the US? Remember: travellers from parts of Europe may need a visum usa-ESTA (or Electronic System for Travel Authorization) prior to departure.

Once you reach San Diego, there are things for everyone to do – whether you like seeing different types of animals or people watching in a trendy part of the city like the Gaslamp Quarter. A few things to do in San Diego include: 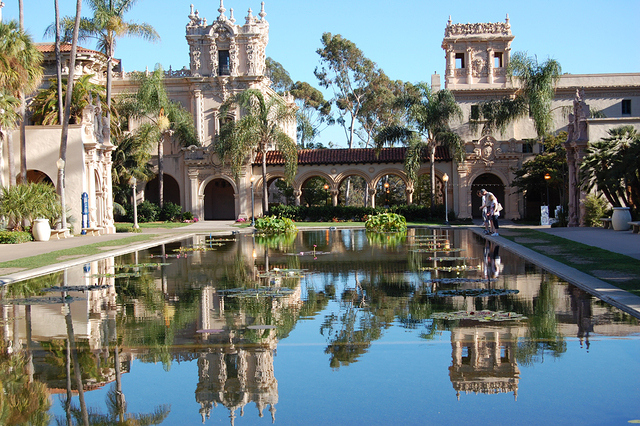 Also home to the San Diego Zoo Balboa Park is a great location in downtown San Diego to ride a bike, take a stroll, or have a picnic. Beyond the zoo the park has plenty of attractions as well, including the Marie Hitchcock Puppet Theater, the Old Globe Theatre and Casa de Balboa – the latter which has three separate museums housed inside of it. If you have kids in tow they will surely like heading to the San Diego Air and Space Museum or the San Diego Model Railroad Museum. As you can see there is a LOT of things happening each day in this park. If you are in San Diego for awhile consider purchasing a passport to Balbosa which offers entrance to all the parks museums and amenities for 7 days for $83 dollars for adults and $47 for kids.

The most popular beach in San Diego is Mission beach; a two mile stretch of white sand beach filled daily with surfers and bikini clad sun bathers. The nearby boardwalk has loads of great options for eating, grabbing a drink, and escaping the sun for a little while. Different sea faring animals also call the beach home, so don’t be surprised if you see friendly seals pulling themselves up on to the beachn while you are there. Once you are all beached out, you can head to Belmont park on the northern edge of the beach and ride its Giant Dipper Rollercoaster.

Fourth Avenue between Broadway and Market

Just southwest of Balboa Park is the historic Gaslamp Quarter a 16 block section of the city that is filled with Victorian style buildings art galleries, shops, bars, and trendy restaurants. Starting from the Horton Plaza Shopping centre you can do a nice wander of this historic district. Travelers love to come down here at any time of the day or night as there is always excitement in the Gaslamp Quarter and a great chance to people watch. Many of the city’s best late night venues can be found down here too.