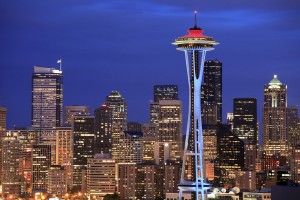 The culture of Seattle is unique. It has an artistic, bohemian feel to it. Seattle is the largest city in Pacific Northwest and is located in Washington, United States. This West coast seaport is the 8th largest port in United States.

There are many things to do in Seattle. Some of the biggest tourist attractions in Seattle include the Space Needle, the Seattle Great Wheel, the Original Starbucks, and numerous national and state parks.

Places to see in Seattle should include the following parks:

There are amazing museums in Seattle. They include:

Seattle might be a large city, but wonderful nature is just outside including the majestic Mount Rainier National Park. There a great spots for picnics as well as interesting landmarks, hiking, and walking trails.

How to Get Around

After your Thomas Cook flights get you here, you will have many options for getting around Seattle. King County Metro is the bus system, they have buses that have routes to nearly major attraction in Seattle.  The Central Link Light Rail offers a simple train ride to Seattle from the Seattle-Tacoma International Airport.  In addition, there is a monorail, streetcars, and ferries for getting to any attraction from your hotel.

Best Time of the Year to Go

The best time to visit Seattle depends on the attractions you wish to visit. Many attractions in Seattle are inside, which is convenient because it tends to rain at least 50% of the time. The heaviest rainfalls occur between January through May and October to December. The weather is much better for visiting the parks and gardens in June and July as they are the driest and warmest of the year. The coastal climate is warmer than the interior cities of Washington. There are only a handful of snow days during the winter, most years.

There are amazing places to eat in Seattle. One of the best restaurants in Seattle is the SkyCity Restaurant at 500 feet inside of the Space Needle. In downtown Seattle you will have the choice of dozens of quality restaurants. Seattle is known for a variety of coffee shops and cafes, as well as splendid seafood options.

Where to Lay Your Head at Night

There are beautiful places to stay in Seattle. Everything from bed & breakfasts to high rise luxury hotels. A couple of the popular places to stay are the Courtyard Seattle Downtown and the Seattle Marriott Waterfront.