Everyone who comes to Paris goes to the Eiffel Tower, walks along the Champ- Elysees, and sees Notre dame.  Have you ever considered doing France differently and going to some of the lesser known neighborhoods so you could experience French culture? Now with an estimated 28 million tourists per year in Paris you might not lose all the other visitors of the city, but you will lose a lot of them. A few lesser known neighborhoods include. 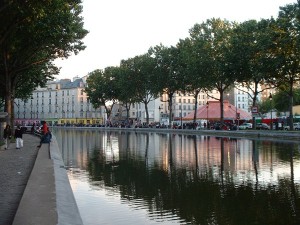 The Canal Saint-Martin Neighborhood
This is an area that locals flock to in the summer order to picnic and soak in the sun near the canal. On Sundays the two streets running parallel to the canal become reserved only for cyclists and pedestrians. This area if filled with cozy cafes and quirky boutiques which make for a great stroll to explore. Consider taking a canal tour by boat.

The Butte aux Cailles district
Literally like an oasis inside Paris the Butte aux Cailles district provides a reprieve from the hustle and bustle of the centre. With narrow cobblestone streets feature quirky restaurants, cafes, and boutiques this district is also famous for not having any chain stores. The art deco buildings in this district are a throwback to an older time in the city. This area has become trendy for artists and affluent hipsters.

Grand Bouevards Neighborhoods
This area is dotted with theaters, clubs, and cafes and the wide foot paths make for perfect people watching. People watching can be done during a leisurely stroll, from a park bench, or from one of the many patio cafes. Interesting and diverse shopping for antiques, books, and clothes is popular in this area as well.

Belleville
Belleville is a variety of things at once, it is home to Paris Chinatowns, a developing artistic quarter and a multiplicity of cultures all together. Originally, a working class neighborhood for Greeks, Jews, and Armenians cheap rents has led artists to begin flocking here. A trip to Beleville will be much different than that of Paris’s known neighborhoods, it will show a real snap shot of the city through its sheer diversity and energy.

If you’re looking to save a bit of money on your trip to Paris, click here to check out ferries to France

See the Arts the Locals see in Edinburgh

Dangerous Competitions Around the World