Located in Central America, the tropical country Belize has been attracting tourists from all over the world for its beautiful beaches, picturesque islands and its mysterious ancient Mayan ruins. The ancient Maya were the predominant civilization in Central America for more than 2000 years. The heart of that age old, mysterious Mayan civilization lies in what now is Belize. If you are looking for an offbeat destination to spend your vacation in, then Belize might be the perfect place for you. Belize vacation rentals has some of the most beautiful villas for you to choose from, where you can relax after an adventure filled expedition amongst the ancient Mayan ruins of Belize. Belize offers a number of awe inspiring Mayan archeological sites for you to explore, which makes it the perfect destination to spend a vacation experiencing the ancient culture and rich history of Mayan civilization.

Located in Western Belize, Caracol is the most historically important Mayan ruins present in Belize. It was the center of one of the largest Mayan kingdoms. Many consider this beautiful ancient city to be much more impressive than the famed Tikal of Guatemala. The ruins were first discovered in 1938, and archeologists believe that more than a hundred and fifty thousand people used to live here. It is one of toughest sites to reach in Belize, but the drive to the site is also amongst the most scenic ones. You can visit this impressive site by making a 52 mile journey from San Ignacio, where local tour operators arrange the trip daily. You can see the ancient temples looming out of the surrounding jungle, situated on top of a high plateau. Caracol houses the largest pyramid of Belize named Canaa’, at 140 feet tall. Although a large part of Caracol is still being discovered, still the numerous curved monuments, and the extremely intricate reservoir of Caracol are sure to strike you with awe.

If you want a more easily accessible, but equally enchanting site, then you can head over to Xunantunich, which means stone woman’ or maiden of the rock’ in Mayan language. The site is situated on a leveled hilltop, and it houses the second tallest Mayan ruin in all of Belize which is 133 feet tall. The site also holds the world’s largest Mayan royal tomb ever discovered, which was found by archeologists in the summer of 2016. You can enjoy a panoramic view of the Mopan River from the top of the site, and explore the impressive pyramids throughout the site. 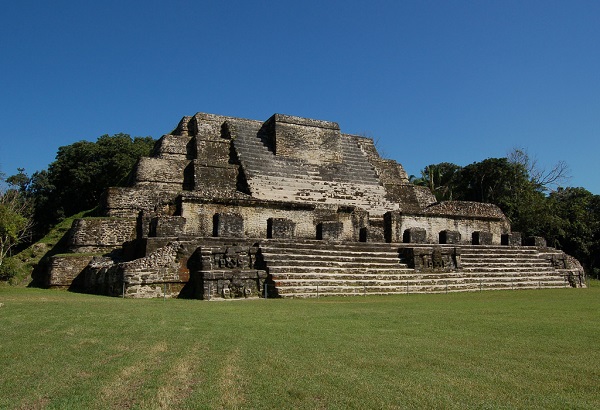 This ancient Mayan city is situated 31 miles to the north of Belize city, which dates back to 200 B.C. At its prime, more than 10,000 people used to live in this city, with more than 3000 people living in the central core. You can witness the famous wildlife of Belize in the surrounding areas of Altun Ha. The Maya-made water reservoir here in inhibited by large crocodiles, and more than 200 species of birds have been recorded here. The site contains two principal plazas. The first plaza is surrounded by various temple, and the second plaza is where you can find the largest temple of the site, Temple of the Masonry Alters. Within the main structure, you can witness the largest carved jade ever discovered in Mayan world. Nearly 15 cm tall, the carved jade head of Mayan Sun God, Kinich Ahau, is one of the most prized Mayan artifact you can witness in all over the world.

If you want to witness the more eerie and mysterious sides of Mayan culture, then you can visit the Actun Tunichil Muknal cave. Actun Tunichil Muknal cave tour is one of the most challenging, and probably the spookiest Mayan experience you can gather in Belize. This tour is solely for the true adrenalin junkies among you, and can only be taken with a licensed guide. Actun Tunichil Muknal is a labyrinth series of cave system located in the Tapir Mountain Reserve. You need to take a swim across a deep clear river pool to reach the entrance of the cave. From there, a three mile long hike will take you to further underground obstacles. You’ll need to walk through chest-deep water, scale some rocky edges in the dark, move through narrow cracks in between limestone walls and climb tall rickety ladder to reach the main underground chambers. The underground chambers of this cave system is home to the remains of Mayan sacrifices, and you’ll be able to witness their skeletons with your very own eyes. The spooky surroundings, the eerie stalactites and stalagmites, the altars where the Mayan bloodletting ceremonies were held, the boney remains of the Mayan human sacrifices, makes this journey to the Mayan underworld a truly memorable one. 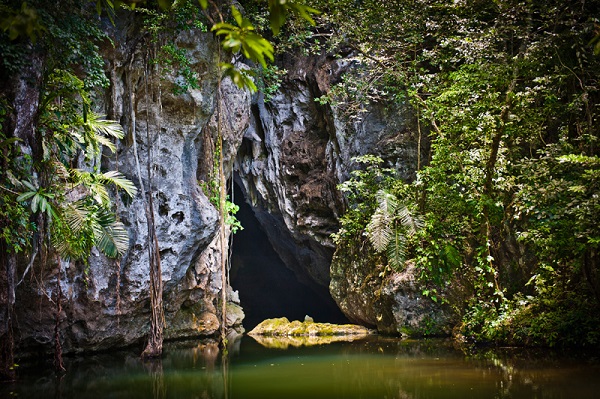 If you want to experience the eerie Mayan underworld on a more leisurely fashion, then take a trip to the Barton Creek Caves. You can enjoy a view of the spectacular cathedral ceilings of the cave and the archeological wonders preserved in the cave from the comfort of your own canoe. The first mile of the cave houses 10 ledges which are known to be used by Mayans as sacrifice sites. The site also contains at least 28 remains of Mayan human sacrifices. This serene and surreal journey into the Mayan underworld will surely be a highlight of your Belize vacation.

If you want to experience the ancient history of Mayan culture while enjoying the majestic view of the Caribbean Sea, then Santa Rita might be perfect for you. Situated in Northern Belize, the Mayan ruins of Santa Rita is the remains of an ancient Mayan city named Chactemal, which dates back to 2000 B.C. The site is located on the outskirts of Corozal town near the coastlines. With its beautiful coastal view, the remains of Mayan rulers decorated with jade and mica ornaments, complex structures and monuments and historical importance, Santa Rita demands a visit while you are enjoying your vacation in Belize.

Cerros is another coastal Mayan site located in Corozal district. The site is partially under water, but the remains of this beautiful site is still take your breath away. The site contains ruins of 5 temples and plazas and a large intricate canal system. The beautiful panoramic view of the Caribbean Sea which can be witnessed from the top of the temples make Cerros one of the most picturesque Mayan sites in Belize.

The sheer number of Mayan sites and ruins located throughout Belize makes it the perfect vacation spot to explore the rich history and ancient culture of Mayan civilization. You can admire the complexity and beauty of the ancient Mayan structures, learn about Mayan culture or get thrilled by the spooky surroundings of the Mayan underworld. No matter what catches your attention, Belize has something or the other in store for you, to turn your Mayan expedition into a journey of a lifetime.

Road Trips for Every Type of Traveler