Located in the center of Spain, the city of Madrid is known for its many historical landmarks. The city has world-renown are museums, ancient squares with terraces, a variety of bars and restaurants and many monuments.

The city’s main art museums are located near the centric Atocha train station. The Prado Museum, Reina Sofia Museum and the Thyssen Bornemisza Museum form the Golden Triangle of Museums and are three of the most visited spots in the city. There are many other museums in the area, including the Naval Museum. North of the city center, near the Colon Square, visitors will find the National Archaeological Museum and the Wax Museum. 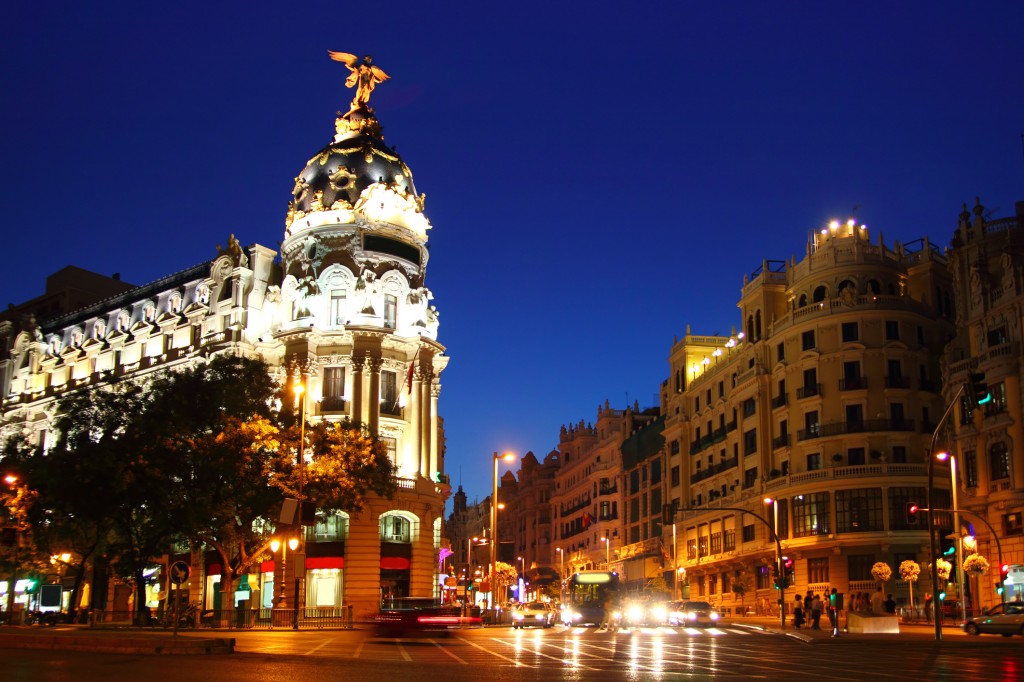 The city of Madrid is known for its variety of bars, tapas bars, terraces and restaurants. The most traditional city bars serve their own versions of tapas, local appetizers, with each drink ordered. There are many terraces on the city’s squares where visitors will be able to enjoy a drink. Some of the main plazas are Plaza Mayor and Plaza de Santa Ana. Some of the most famous tapas bars can be found in the La Latina district, a traditional district located south of the city center. This are has many restaurants dedicated to local and regional cuisine, and there are tapas bars and several clubs for those who want to enjoy the city’s nightlife.

Those who want to party can stay in one of the city’s party hostels, which are located near the city center and the Barrio de las Letras district. These neighbourhoods have many bars, karaoke bars, clubs, discos, pubs and restaurants. In the Malasaña district, located north of the city center, there are many lounges and ethnic restaurants.

Walk around the historical city center

The city center is filled with cobblestone squares, low buildings with iron balconies decorated with flowers and narrow streets filled with bars, restaurants and shops. The main square is Puerta de Sol, a popular meeting spot, which is located steps away from the Plaza Mayor. The other main squares located nearby are Plaza Santa Ana, known for its nightlife, and Plaza de España, a historical square decorated with a fountain with the statues of Cervantes, Don Quixote and Sancho Panza.

A short walk away from this square visitors will find the Royal Palace, a large building with more than two thousand rooms and a garden that has views towards part of the city center. Visitors can enjoy a tour around forty of the palace’s halls, which are decorated with antiques and paintings by Goya, Velazquez and many other famous painters. The Almudena Cathedral is located on one side of the palace and is known for its chapels decorated with ancient paintings. After touring the cathedral and the palace visitors can enjoy a stroll around the Sabatini gardens, which have several fountains and where cultural events are organized. Visitors can rent bikes and Segways to explore the city center and the nearby Madrid Rio park, a renovated park located on the banks of the Manzanares river. Those who want to enjoy views towards the city center can take the Teleferico, a cable car that connects the city center to the Casa de Campo park, a large park where the city’s theme park and zoo are located.

A Unique Guide To Visiting Naples