Below is a list of some of the best preserved and most amazing ancient theatres of Greek and Roman antiquity.

Pergamum was an ancient city founded by Greek colonists on the Aegean coast of Anatolia. Although Pergamum is one of Turkey’s lesser known archaeological sites it contains a number of notable structures, including the theater. The Pergamon theater was built in the 3rd century and could seat 10,000 spectators. It is one of the steepest ancient theaters in the world. 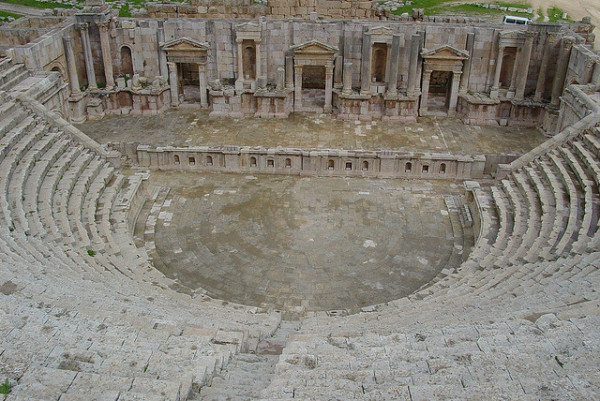 Side is a popular resort town on the Mediterranean coast of southern Turkey. The city was founded by Greek settlers in the 7th century BC and was one of most important trade centers in the region. In 25 BC Side became part of the Roman province Galatia and prospered through its trade in olive oil and slaves. The roman ruins of Side that are in fairly good condition today include a temple, city gate and an ancient theatre which could seat about 15,000 to 20,000 people.

Located in Libya, Sabratha’s was established around 500 BC as a Phoenician trading-post and reched its peak under Roman rules as a coastal outlet for the products of the African hinterland. The Theatre of Sabratha was built in the 2n century AD. The structure appears largely intact owing to its reconstruction by Italian archaeologists in the 1930s. The theatre had 25 entrances and could seat approximately 5,000 spectators.

The Roman Theater of Orange in France is a well preserved theatre build in the 1st century AD for watching theatrical performances. After the Roman Empire declined the theatre was closed by official edict in 391 AD as the Church opposed what it regarded as uncivilized spectacles. The ancient theatre was restored in the 19th century and today it is home of the summer opera festival, the Choregies d’Oran.

The ruins of Ephesus are a popular tourist attraction on the west coast of Turkey. The city of Ephesus was once famed for the Temple of Artemis, one of the seven wonders of the ancient world, which was destroyed by a mob led by the archbishop of Constantinople in 401 AD. Some of the structures can still be seen however including the impressive Great Theater. This large theatre, which was capable of holding 25,000 spectators, was used initially for drama, but during later Roman times it was also used for gladiator fights. 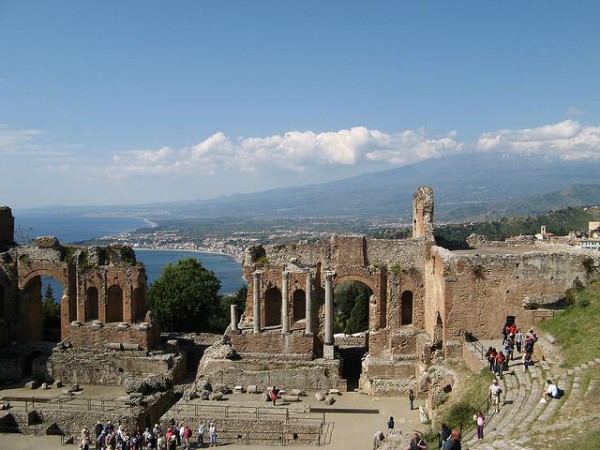 Aspendos boasts one of the best preserved ancient theatres of antiquity. Located in south-west Turkey, the theatre of Aspendos was build in 155 AD during the rule of the Roman Emperor Marcus Aurelius and could seat between 15,000 and 20,000 spectators. Because the stage area was later used as a caravanserai in Seljuk times, it was continuously repaired and maintained. Thus, the Aspendos Theatre has been able to survive to this days without losing almost any of its original qualities.